Case Closed Scammed and Banned by YoudBox, WITHOUT getting paid, because of someone else! 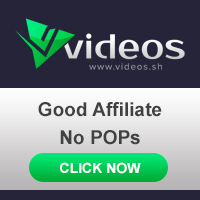 Status
Not open for further replies.

I have tried to reach out to @JR but have not received a reply.

Don't know who else could or should be contacted. @InfoBot maybe?

Or maybe @Tango and @Mind Freak™ ? I know they are both staff members, but not members of the Jury....

Not sure how to proceed in this situation....

To be honest I'm not sure either. This whole process seems to be very rough around the edges.

YouDBox main thread has been locked until he sorts this.

Hyperz said:
To be honest I'm not sure either. This whole process seems to be very rough around the edges.
Click to expand...

I just know I definitely didn't do anything wrong, but paid the price for someone else (@LanaLuna ) stating their opinion.

Got banned, not paid, ignored and that's it.

I know I will not get paid, I know that.

But it seems extremely unfair that host continues to be around WJ when this happened. He isn't gone like Bader, he's just doing his own thing and not a care in the world for who he scams or steps over.

Pending payouts (before I was banned) and heaven knows how much else was (is) in the balance of my account, since my files have been kept alive.... 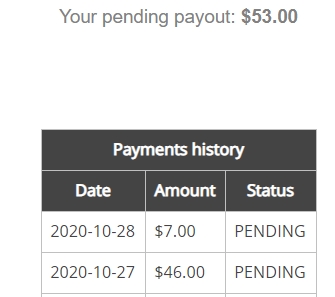 Still haven't been paid my 2 pending payments even though users who requested payout much later than me have been paid.
I really don't get why YoudBox is still allowed in this forum. Sorry, I don't mean to be harsh towards WJ staff as I really appreciate them and I know they are great guys, always willing to help their hosts and users as well. But, I hope you guys see that YoudBox pays whomever he wants, he refuses to cooperate and support his users and is rude to whoever has at least something to ask, not to say anything about complaining.
I believe that DDoS attacks were used as an excuse to not say anything in the Court and maybe to avoid paying his users too. And only same users keep getting paid who keep posting in the thread. So he looks like he's incredibly biased.
I strongly believe this should be considered a scam host and a bankrupt one too who pays just a few users at the expense of others, which I believe is far worse than GoUn Case

And I will post it again just in case

@YouDBox, just give an honest reply/reason as to why @HellFireBreather was denied the following:
- payout
- support

Come with straight facts and no shady ones as this case seems to be on a very thin ice and you being the obvious loser.

Post automatically merged: Nov 5, 2020
I guess he should be banned as there is no response. Anyone can catch hold of him via IMs?
Last edited: Nov 5, 2020

JR said:
If no response is made today we will have no option but to ban @YouDBox
Click to expand...

He isn't showing up. Not even coming to wjunction.....

Off to deal with another case

Status
Not open for further replies.